Where to find us

View all news and offers 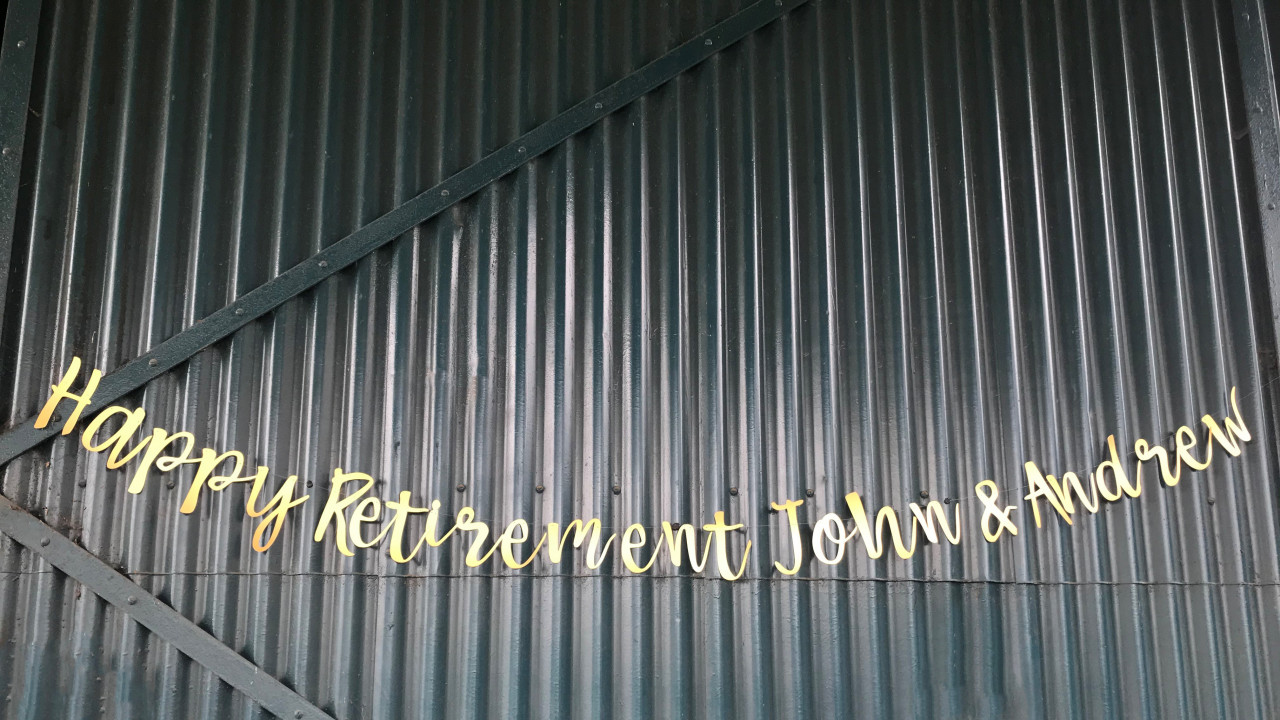 Farming is very much a ‘people’ business. The sign above the door may change, but it is the people inside that count.  The relationship and trust that we have built up over the years between our staff and our customers at OLIVERS has been key to our success, and will continue to be.

Longevity of service gives our customers reassurance and confidence and a familiar face is always very welcome on farm and in our depots.  In March we wished a very fond farewell to 2 of our longest serving employees, John Textor and Andrew Quick.  Between them they have dedicated over 54 years of service to CLAAS and OLIVERS, John in Sales and Andrew in Parts, and both have played a large part in the success of the Cane End branch of OLIVERS. 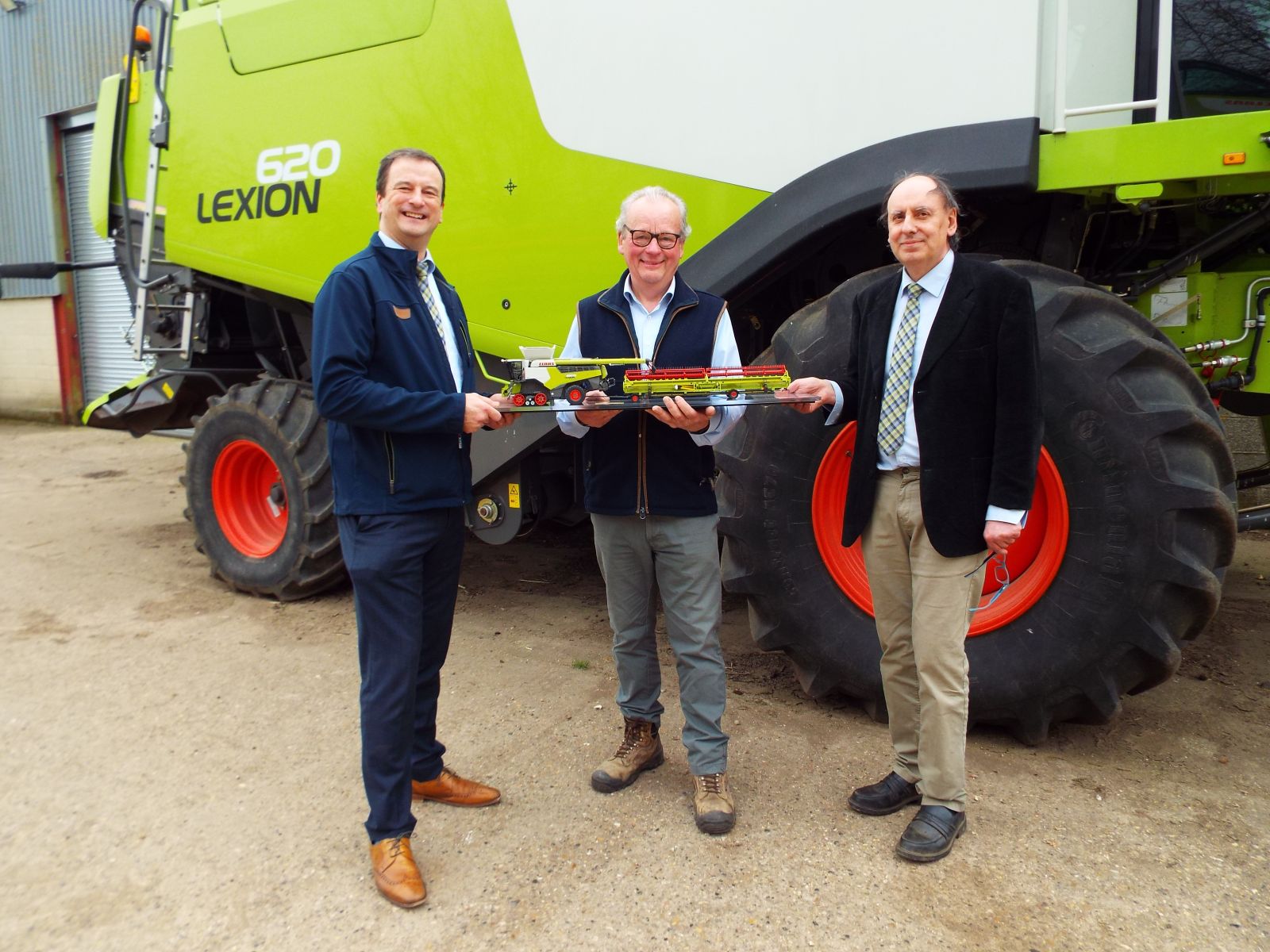 For the past 27 years, John Textor has played a major role in the sales success of CLAAS machinery in the Reading area, especially CLAAS LEXION combines. While there have been many changes within the Cane End dealership, John has been a consistent, steadying presence, indeed CLAAS Chief Customer Officer (CCO) Jeremy Wiggins stated recently that John was the only person he knew who had changed job four times but never moved desk!
During more than 27 years, he has accounted for the sale of 119 new combines, of which 46 were conquest sales. His relationship with his customers has been paramount to this achievement and his long standing customers bear testament to that. Guy Hildred for example, has bought 11 LEXION combines, Yattendon Estates have purchased 7, Ben Smith has had 6 since 2006, and David Philp 5. John has also sold a further 44 used combines, of which 20 were conquest sales.
Newly qualified from Ryecotewood College with a City & Guilds in Agricultural Engineering, John started his career by joining Collins & Lambourne as an apprentice at Peppard Common in 1973. In 1977 he made the move to John Wilder Engineering at Wallingford, travelling the country supporting their Robomatic grain driers.

He married his wife Lyn in 1980, and has two sons Matthew and William.  In 1984 John started his sales career, moving back to Collins & Lambourne mainly selling Deutz Fahr tractors. His first sales success was two 110hp Deutz DX120 tractors sold to David Hildred, which was the start of one of many long term business relationships with customers. Having met Brian Fowler at the Royal Smithfield Show in 1993, Collins & Lambourne were appointed CLAAS dealers in 1994, and soon after also changed tractor franchise to Renault – a precursor of the move from Renault to CLAAS 10 years later.
John’s very first LEXION combine sale was a LEXION 480 in 1996 to Kingsclere Estate. When in 2001 John Lambourne became a Service Agent, John made the move to work for Mill Engineers, still based at Cane End. He remained based there, despite further employer changes, initially to Southern Harvesters in 2003 and then OLIVERS in 2015. 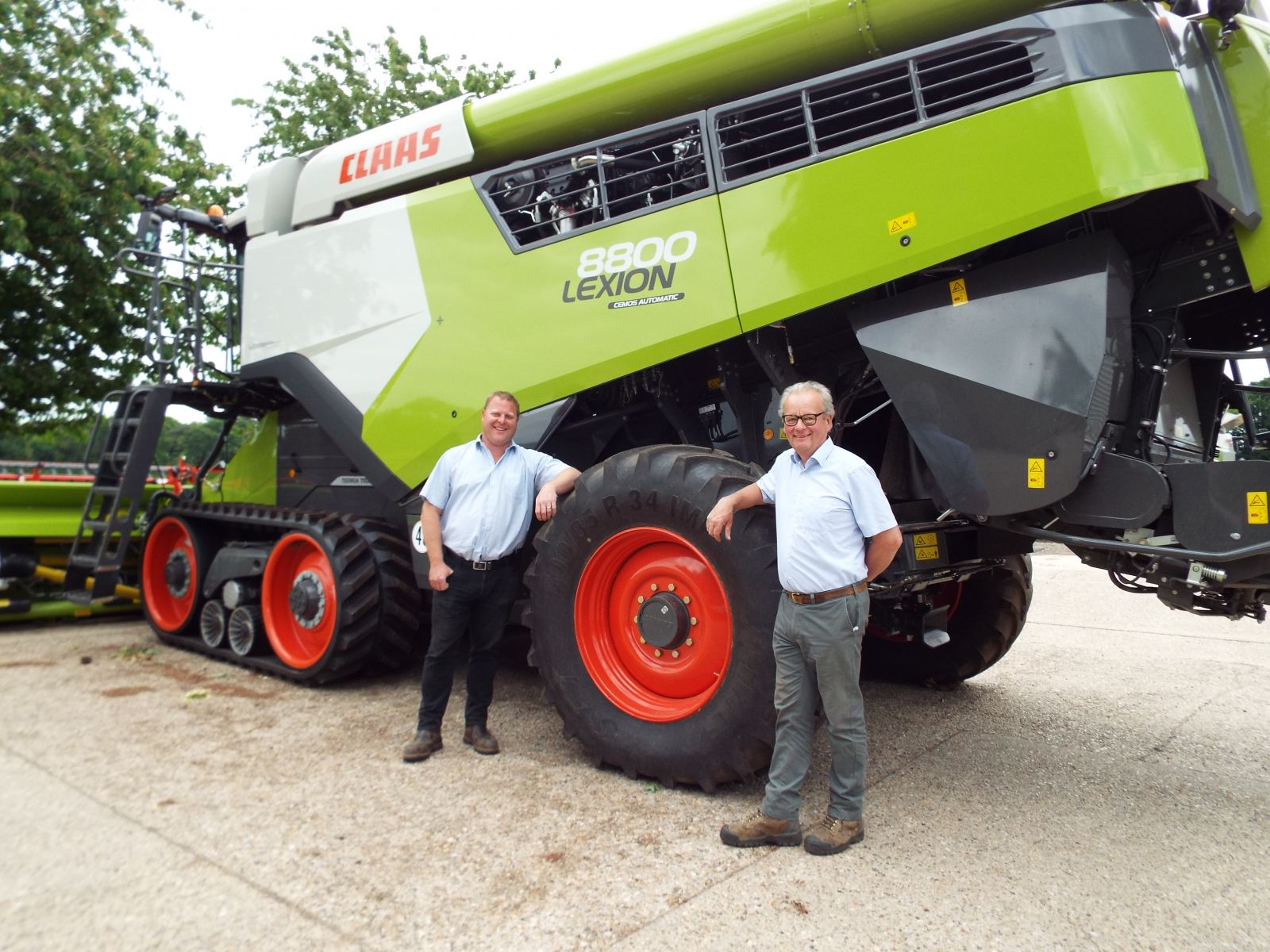 Peter Brown will be taking over the Reading sales area with some big shoes to fill. Peter is looking forward to meeting customers in his new enlarged sales area and can be contacted on 07808 576173. 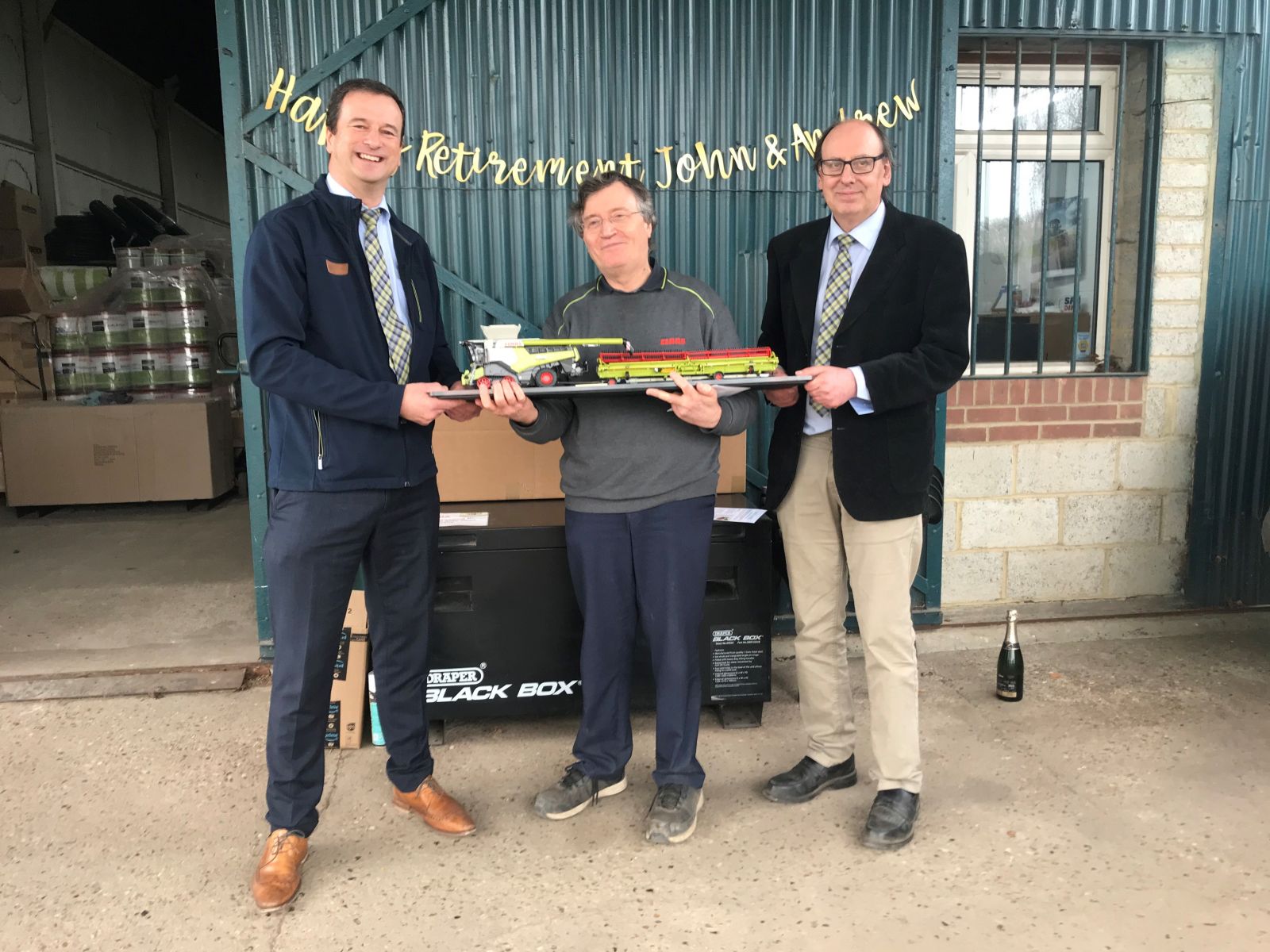 When a customer has a problem with his machine, just how quickly and efficiently that problem is dealt with is key to customer confidence and loyalty. For over 27 years Andrew Quick has provided a wealth of CLAAS parts experience and support for Cane End customers. Over his 47 years he has also worked with brands such as Ford, New Holland, Fiat, Deutz Fahr, Renault, Case IH, Leyland Nuffield and Zetor.
From Essex, Andrew started his career in May 1974, initially working as a parts van salesman for Ernest Doe at Stansted, before moving into the parts department two years later. After getting married Andrew was keen to progress his career to a parts manager role.

With no opportunities available at Does, Andrew started looking for alternative jobs and subsequently made the move to Oxfordshire in September 1985 after being offered a job with Farol’s.
Andrew’s association with the Cane End branch, started on 1st June 1990 when he moved to Collins & Lambourne to run the stores for John Lambourne.  This was prior to the company taking on the CLAAS franchise in 1994, followed shortly thereafter with Renault tractors. The business was then sold by John Lambourne to CLAAS UK and the company came under the Southern Harvesters banner.  This allowed Andrew to really concentrate on building the CLAAS parts business with few distractions.

Six years ago the Cane End branch was then sold to OLIVERS in October 2015. Andrew's comment says it all when he states that “in all my time in the trade, these years with OLIVERS have been the happiest. They are wonderful people to work for and it has been a privilege and a pleasure. I am very sad to be retiring, but as we all know nothing in life stays the same forever.” 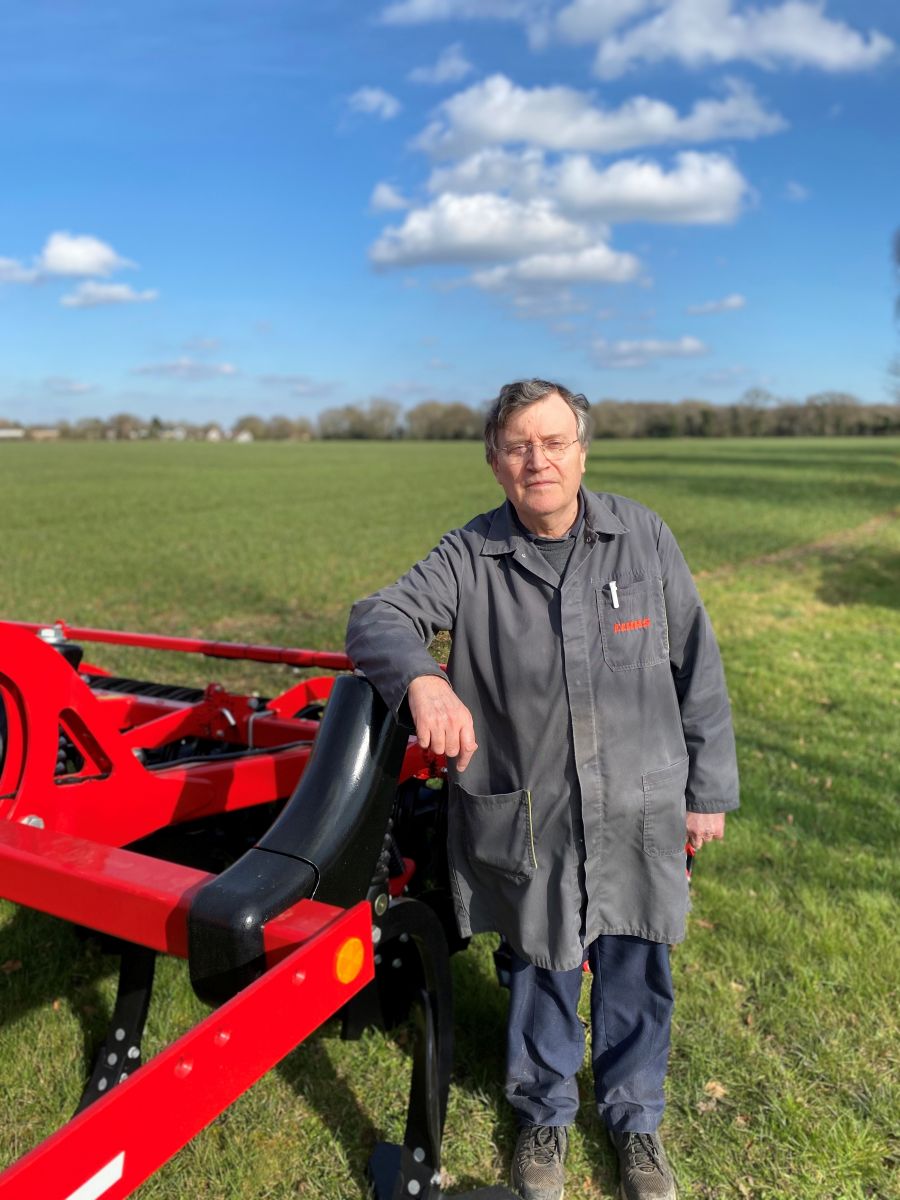 James Nutley will be taking over the role of Parts Manager at OLIVERS Reading, also with some big shoes to fill. James can be contacted on 01189 723741 for all your parts enquiries. 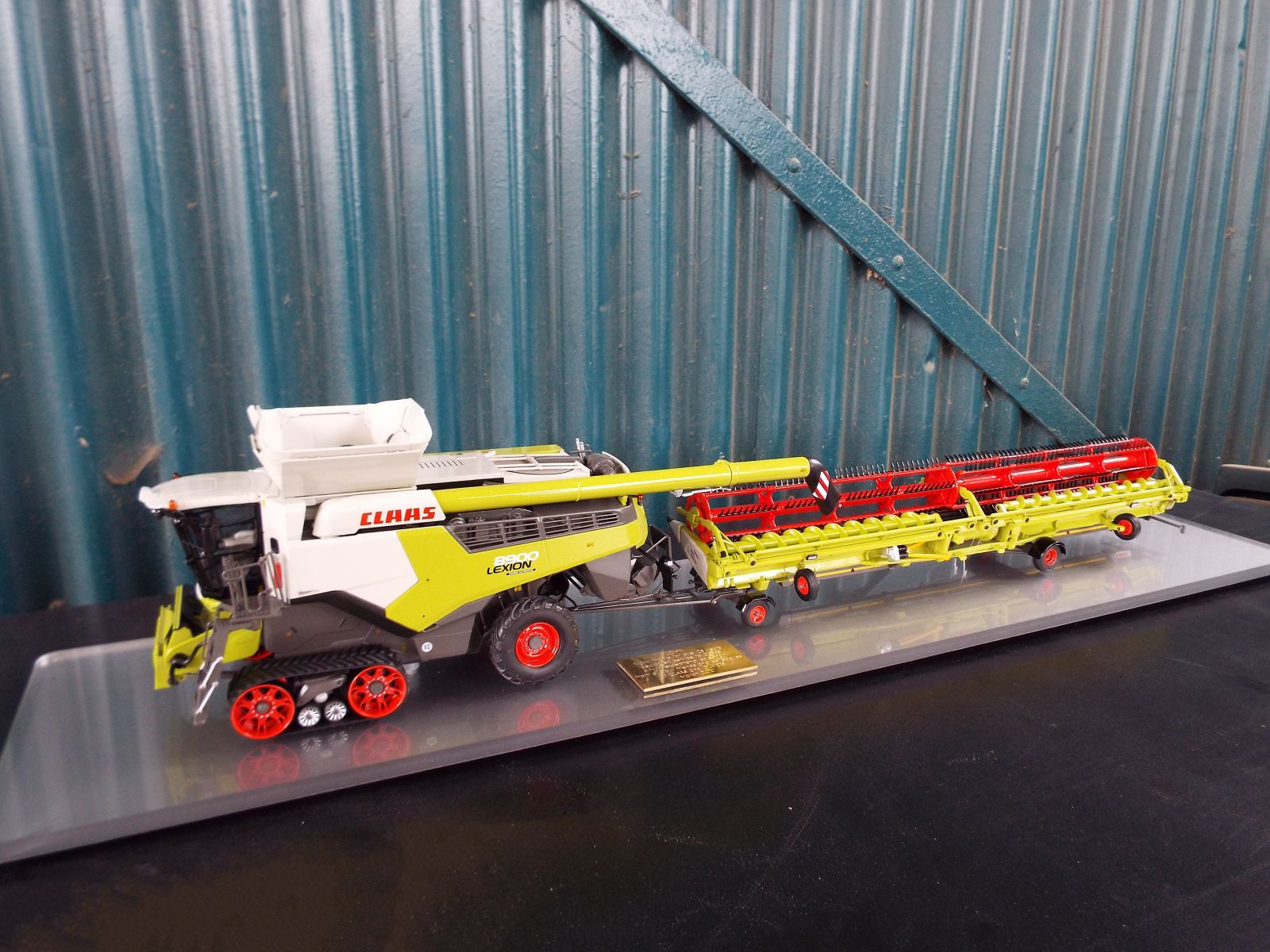 John and Andrew were both congratulated and thanked for their service to CLAAS and given gifts from CLAAS UK CEO Trevor Tyrell and OLIVERS Managing Director David Jarman including these fantastic limited edition CLAAS Combine models with personalised engraved plaques.

Read the very latest news from CLAAS and CLAAS UK.

Get CLAAS news straight into your inbox

Find out more about us